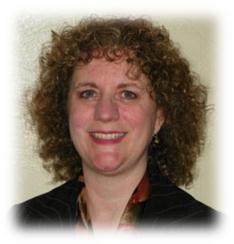 Special Congratulations to the Administrator of our Mount Macrina Manor.  Patricia Benford, Administrator since 2006, has been chosen as the recipient of the LeadingAge PA 2012 Distinguished Service Award for Leader of the Year.  LeadingAge PA (formerly panpha), is the Pennsylvania Association for non-profit homes for the aging throughout the Commonwealth.  Patricia will receive this award at the Annual Convention held at Hershey Convention Center in June.

The criteria to be nominated for this distinguished award are very specific, and only those whose performance is at the very top level of their specific profession in health care for the aging are considered.  Sister Seraphim, as President of the Executive Board of Mt. Macrina Manor nominated Ms. Benford for this award on behalf of the Sisters of St. Basil, and the Manor Board.  The Sisters have long come to recognize and appreciate the many specific improvements, achievements, and programs that Ms. Benford’s efforts have expedited in order to improve the quality of care given to the Manor residents.

Ms. Benford meets challenges directly with fairness and professionalism.  She is the consummate leader as she sets the example for others, and often goes far beyond the responsibilities of her job description.  Ms. Benford works diligently to improve staff training and education to keep Mt. Macrina Manor abreast of new technology that will streamline work flow and improve resident satisfaction.  While her achievements are far too many to list here, it is sufficient to remember that her main goal is the residents’ well-being.

Throughout the course of implementing the Award application process, the response of those commending Patricia Benford for her excellence have far exceeded the basic requirements of the criteria.   James E. Preston, the Chairperson of the Mt. Macrina Manor Board of Directors aptly states: “As a businessman for some 40 years and the former CEO and Chairman of a Fortune 200 company, I’ve had the opportunity to work with and observe many, many outstanding executives.  I would unhesitatingly place Patti in the very upper echelon of successful leaders”.