Mount St. Macrina Academy originally opened its doors on October 3, 1938.  The Sisters had begun their Academy with only the Freshman Class, intending to add an additional class each year until the secondary department would be complete.  This plan was followed until the first graduation when, due to unforeseen circumstances, including war conditions, the school itself could not be continued.

The school was reopened in 1947.  The first class graduated in 1950.  The Academy closed in the late 60s.  Former students still get together for reunions and photographs from those gatherings are displayed on this page. 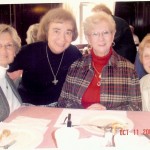 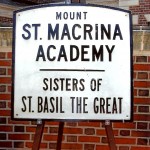