Home/Uncategorized/Celebrating a Century of Ministry
Previous Next

The Sisters of St. Basil of Our Lady of Perpetual Help Province are planning a yearlong celebration to commemorate a Century of Ministry in the Byzantine Catholic Church in America.

Founded on January 19, 1921, the years of the Province closely parallel the years of our Church and its people.

Very Rev. Gabriel Martyak, Apostolic Administrator, invited Mother Macrina Melnychuk, who was Superior in Philadelphia at that time, to form a second branch of the Order to serve the people of Ruthenian descent. Mother Macrina and two other Sisters accepted this invitation to begin a new foundation for this purpose.

The initial help for the new foundation came from Father Joseph Hanulya, pastor of Holy Ghost Church in Cleveland, OH. Father provided a ten-room house which became the first formal novitiate. As did the others who came to this new land, they immediately went to work. Initially, the small community began caring for orphan children; later including teaching and catechesis.

The Greek Catholic Union played a significant part in the lives of the Sisters and the Greek Catholic faithful. In order to care for the many orphans, the GCU built St. Nicholas Orphanage in Elmhurst, PA. The Sisters responded to the call of the GCU to staff this institution. One wing became the living quarters for the Sisters. An increase in the number of orphans and new vocations necessitated another move, this time to Factoryville near Scranton, PA.

This third location was remote from any Byzantine parishes and clergy, so spiritual benefits were lacking. Thus, the Sisters began to look for a still more suitable locality. Financially, the purchase of lands or a building seemed impossible. The money painstakingly saved by the Sisters through the years had been totally lost in the bank failure during the great depression.

Once more, the Providence of Almighty God intervened, and this led to the final move. It is no secret that the acquisition of the Mt. St. Macrina property was made possible by the contributions of the people from what little they themselves had.  The year 1934 saw the beginning of a Phenomenon of God’s Grace, the Pilgrimage to the Shrine of Our Lady of Perpetual Help.  Gathering people from all over the country and beyond, this event has held the Byzantine Catholic Church together, uniting her bishops, clergy, monastics and laity to a vision beyond parish or eparchy.

As schools were needed, the Sisters became professional educators to staff them. They published liturgical books with English translations from the Old Slavonic as the language changed.  The Vatican Council instructed the Church to renew, and they participated in programs of Renewal and Revitalization.  As the people moved westward and the Metropolitan Church was created, the Sisters have served in all four eparchies. Their ministerial significance in the life of our Church could go on and on and on.

The first and foremost sentiment of the Sisters for this unparalleled ministry for God, His Church and His People, is immense gratitude.  In being able to share so much in relationship with the hierarchs, clergy and people, they are gratefully aware that they have received much more than they have given. Through these many years, the lives of the Sisters and the people of our Church have beautifully intersected: in prayer, ministry, mutual support, and simply being together and for each other through times both good and difficult.

Sister Ruth, the Provincial, and the Sisters ask that everyone join them in thanksgiving and celebration. May God accept our efforts and our gratitude, and may He continue to abundantly bless us and everyone in His Church for the next 100 years! 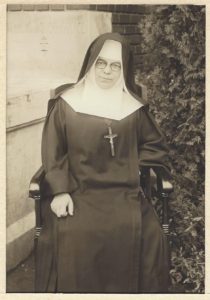 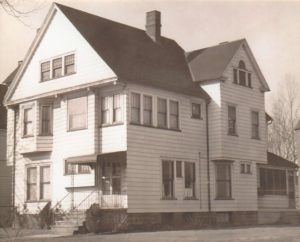 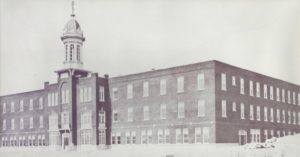 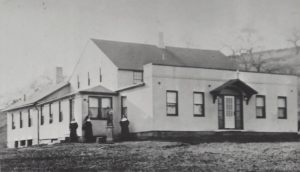